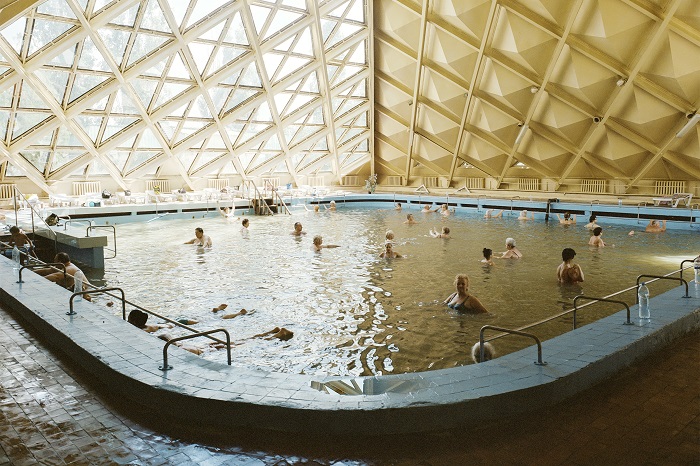 On November 15, the Zarya Center for Contemporary Art will open the exhibition of photographs “Water Architecture: The Experience of Immersion,”which will transport viewers to the world of the resorts and health spas of the Soviet Union and Russia, including Primorye.

In the Soviet Union, sanatoriums, resorts, and spas took over the former residences and palaces of the tsars. A few were built in the 1930s, leading to a mix of both avant-garde and neoclassical. After World War II, recreational architecture – both buildings for cultural recreation and the care of one’s health – was designed by Modernist architects, whose no-frills approach relied instead on innovative (often to the point of bordering on the absurd) forms.